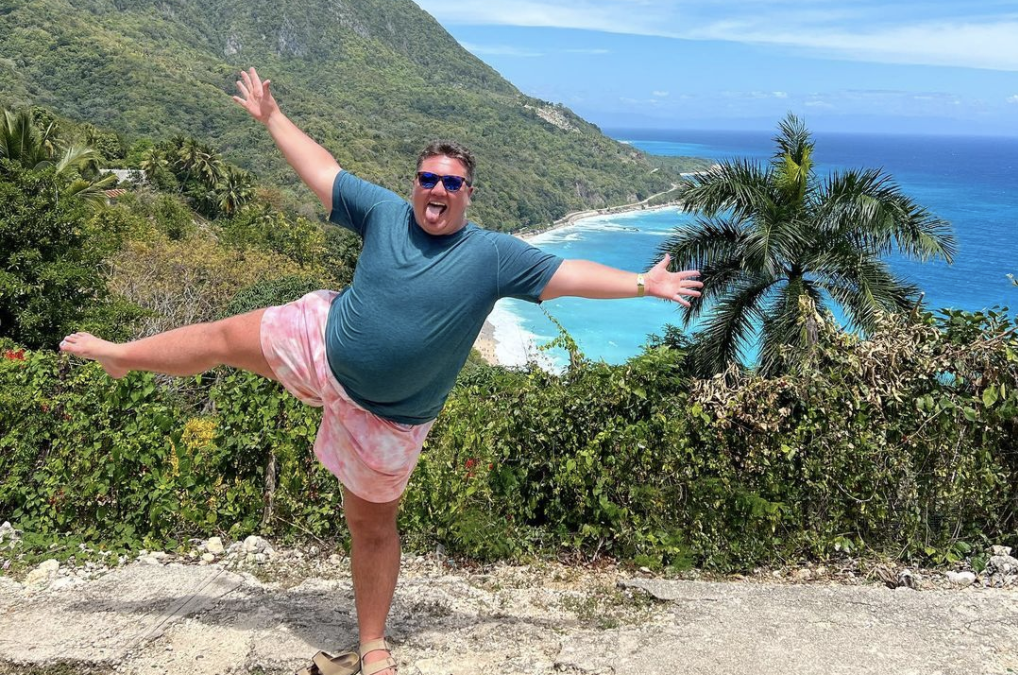 At the very beginning of our conversation, Allé K says that as a trans yoga teacher, he’s over-the-moon to be kicking off Pride Month by teaching at SYF this year. “I’m really excited to bring some in-person pride classes to SYF,” he says. “I also went to most of high school in Arizona, so I’m excited to return home, in a sense. It feels a bit full circle. And the desert is just really magical and healing,” he says.

Allé’s offerings are centered around truly promoting diversity and inclusion in yoga, and he’s passionate about being sure that all bodies feel like they have a place in practice. “Pride is one time a year where we get to really celebrate our trans identities and be out and loud about it,” he says. “It’s a joyful time for trans folks. I’m also a fat yoga instructor, in a larger body,” he says, so his classes typically center fat folks.

When asked what trans and fat affirming classes are all about, Allé says that it’s really about holding space. With his kapha-dominant dosha, Allé acknowledges that space-holding is one of his specialities. “How can we really show up and not try to put our perspectives on others?” he says. His classes encourage all participants — both in the class and beyond — to truly breathe deeply, and consider how to be an embodied person.

For people who identify as queer or trans, Allé says that his presence at the front of the class alone is validating. “Just having a teacher of your shared identity is really important,” he says. But this is equally important for cisgender students as well — being around trans folks is a crucial first step toward cultivating compassion, and living from a place of true yoga. This is what begins to activate a kind of living yoga in a person’s life. As an example, he acknowledges that correct pronoun usage is ahimsa. “Letting go of attachment to the gender binary, to the way you perceive a person’s gender — that’s ishvara pranidhana,” he says. “It’s about humility, understanding, and removing the ego. It’s about acceptance, and that’s the yoga.”

How This Plays Into Grace

Having studied with Dharma Mittra in NYC, Allé has no qualms talking about God, and the idea of God. For him, God is trans, fat, and speaks openly to him. He acknowledges that many trans folks have a difficult time talking about God, but for him it’s all part of the same conversation around ahimsa, which brings the idea of grace into play.

“Yoga means advocating for those on the fringes of society,” he says. “How can we get to the goal of collective liberation — which is the goal of yoga — if we don’t consider yoga a liberatory practice for everyone?” To Allé, this means lifting up BIPOC voices, queer and trans voices, fat voices, South Asian voices, etc. “It’s inherently connected to our liberation as a collective,” he says. When we acknowledge this and work toward it in earnest, we are working and operating in grace, and in God.

How We Can Take These Practices Off the Mat

To practice what Allé preaches off the mat, there are lots of simple ways that you can do so. “Put your pronouns in your Instagram bio, your Zoom name, your website page, and email signature,” he says. “If you don’t have any trans friends yet — or you have one, but you don’t want to bog them down — educate yourself about the community!” This is as simple as watching shows or movies. You can also advocate. If, for example, you live in Arizona, pick up the phone and call your representative, voicing that you don’t want anti-trans laws in effect.

Learn from Allé in person this June 2–5 at SYF! Get your ticket today: https://bit.ly/SYF22Tix