Fern Conn: An Energetic Approach to Nourish More Than Your Anatomy 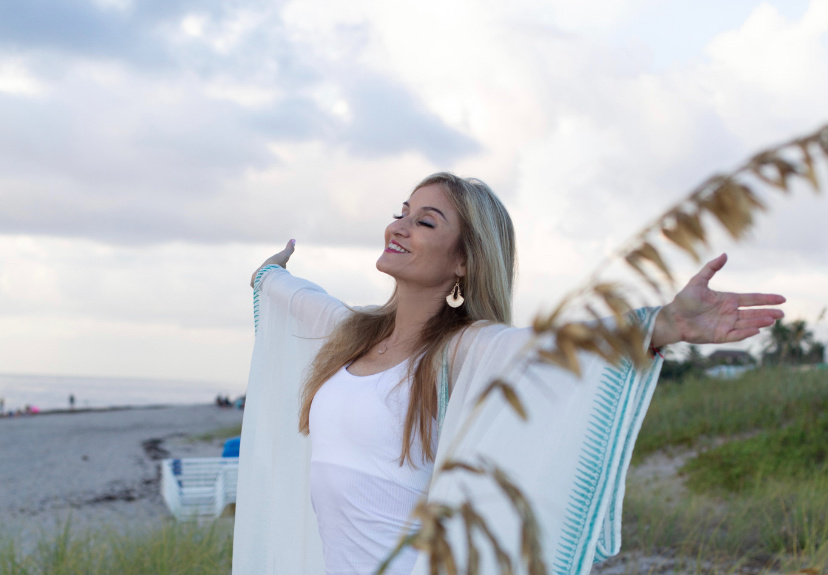 Fern Conn, who opened her yoga studio Dancing Lion in the midst of the Covid-19 pandemic, is no stranger to the struggles and challenges that the past couple of years have wrought. “There’s not a single soul that has not been affected by the goings-on in the world in the past couple of years,” she acknowledges. “We all have this newfound grace to keep that softness, that tenderness in our hearts, so that we don’t go back to the ‘old ways,’” she says. The theme for SYF2022, Give It Up For Grace, is one major reason she was drawn to the event. Heart-centered, soft, and tender is how she teaches — and what she’s excited to share with the SYF community this June.

One of her signature classes, Devotional Flow, is something she’s excited to share, as well as her tongue-in-cheek named Yin & Tonic, in which she combines yin yoga with another healing modality, such as acupuncture or yoga nidra. Though Fern has a dance background, she tends to integrate more than just movement into her classes, encouraging practitioners to consider their reason for being there, rather than just showing up.

“What is your true north?” she asks students. “What has the last couple of years really brought up for you as an important aspect of your wellbeing in life?” That’s how her classes become a meditation on living as well as a practice, making her energetic and emotional-based approach resonate with so many.

Why An Anatomical Approach Isn’t How She Teaches

Trained in dance at The Martha Graham Dance Studio as well as other studios in New York City, Fern has plenty of alignment based experience, and a physical approach is very much in her wheelhouse. “I believe that a lot of the anatomical cues we have used in the past simply do not work for many students,” she says. “I teach to the bodies in front of me. When you force someone into a Warrior I with a heel to arch alignment, it simply does not always make sense. For example, when I have middle aged women from Boca Raton in my class, they simply have a different range of motion than 12 year old boys in India who first practiced yoga. The body needs to be tended to.”

This fluidity is one thing that people can expect to take away from her classes at SYF. She also hopes to impart a “felt experience” for practitioners, she says. “I weave a very rich thematic experience into every class,” she says. She feels the energy of the room, and teaches from that perspective.

She’s quick to note that that doesn’t mean that she thinks everyone will walk away from her classes happier — she’s not into the kind of spiritual bypassing that doesn’t allow for true emotional processing through practice.

“Lately, I’ve felt a great heaviness stirring in people,” she says. “Sometimes we get deep; we’re moving energy, the debris that sits in our connective tissue, and we’re stirring that up. I think to just be able to hold space for that is the ultimate goal,” she says.

That’s not to say that Fern doesn’t want people to feel good when they leave her class, she says. Her goal is to at least leave people feeling better than when they came — and it’s safe to say that SYF attendees will receive that type of nourishment. “I treat my studio like an extension of my home,” she says. “That’s the energy that I hope to bring to SYF. I love the fact that people are gathering again, especially practicing yoga and meditation. We just need more light.”

Experience that light and warmth with Fern this June! Tickets are on sale now! Get yours here — bit.ly/SYF22Tix