What is Yoga Music? An Insightful look & FREE MUSIC DOWNLOAD from DJ TAZ 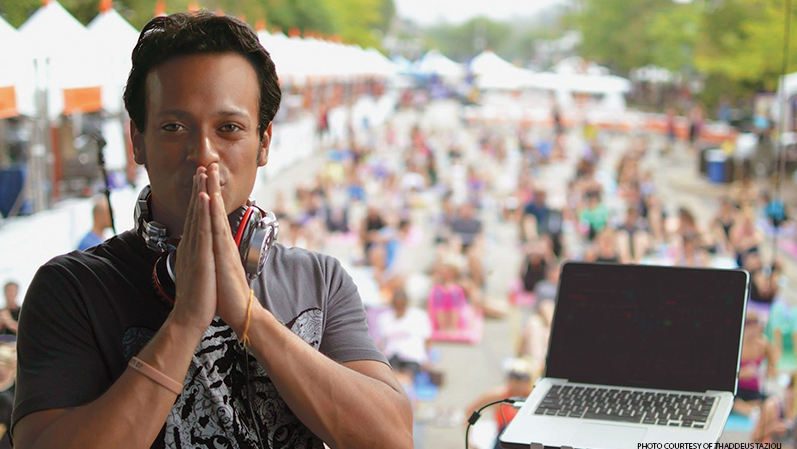 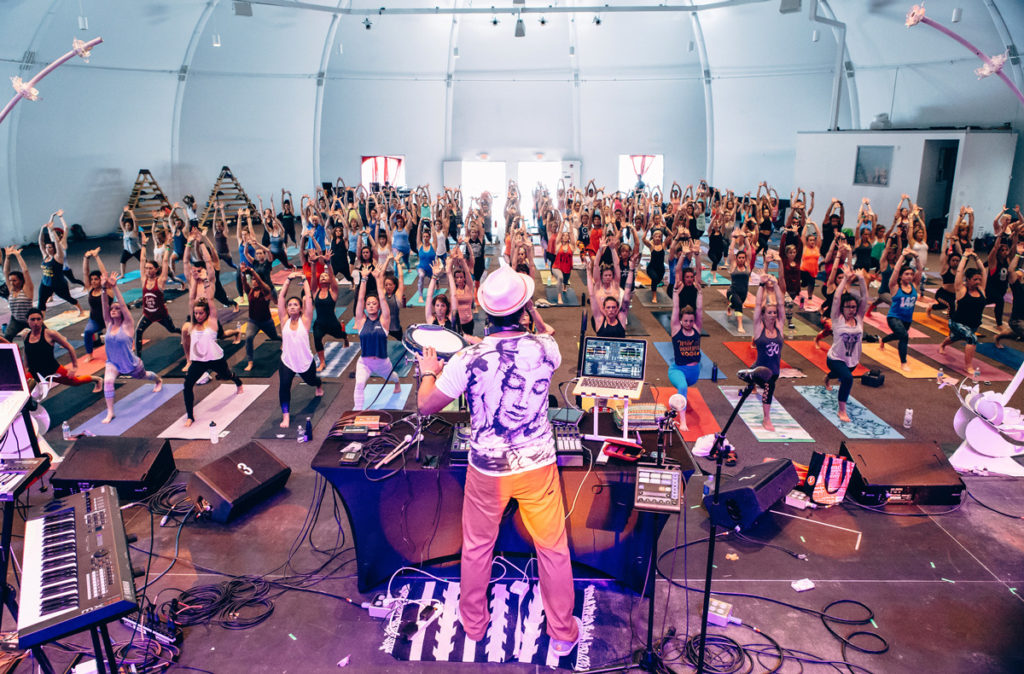 Yoga music and a Yoga DJ’s are becoming common place with events sweeping the nation infusing the celebratory festival environment, with yoga practice. Just five years ago, having a live DJ or live band in your local studio was a rarity. Some may have heard of a DJ Drez playlist, or if your were in LA you may have gone to a special event to hear MC Yogi. However, for the most part, you probably practiced yoga in silence.

But what is yoga music? Is yoga music simply derived from a series of Sanskrit chants? Is it Kirtan? A Gong? Or, is it a playlist created by the teacher for his or her flow class? Does music played in a yoga class, lessen the authenticity of yoga? Many of us have asked these questions ourselves, and have heard both sides of the argument.

“While some yoga teachers dismiss the live-music trend, as a mere ‘distraction’ from yoga’s most powerful exercises, such as listening to your breath or observing your thoughts to bring calm and focus, others see it as a tool for going inward, for timing the breath to the beat, or for simply feeling joy during the practice.” – Andrea Ferretti of Yoga Journal

“There is a time and place for a quieter, more introspective practice, and you shouldn’t dismiss that,” says Stephanie Snyder, a San Francisco–based vinyasa teacher who travels across the United States and Europe and teaches some classes with a live DJ.

Lets start with the basics. Music played in a yoga class most notably, provides a new way to market the practice to a more diverse demographic such as those from other regions, spiritual beliefs, physical shapes and ages. Since the benefit of yoga, we hope, is to bring it to everyone. Therefore, some yoga, is better than no yoga. Right?

Perhaps what we should look at is that music itself, in this scenario, is getting a bad rap. Music for thousands of years has aided the human condition, aided our consciousness evolution, provided solace in every emotional scenario, and plays an integral role in virtually every culture since the beginning of time.

Enter DJ Taz, a person who both defines this new sub genre, but also is growing inside of it. While India may be a starting point for this indescribable subset of music, musical accompaniment, that flows as we do – it has become an integral part of our lives in the Yoga community.

“My Mission in life is to help awaken the collective consciousness with music. “ DJ TAZ

Isn’t that good news for a brighter future for yoga? If the term ‘yoga music’ seems so fleeting and undesirable perhaps its speaking to something deeper. If the point is union, why are we judging the vehicle that carries us there?

“I’ve talked to a handful of classical Indian musicians who say that their music is their yoga, which makes sense: classical asanas and pranayama were performed at certain times of the day, to attune the yogi to nature’s rhythm. Ragas were invented with the same idea in mind.” – Derek Beres 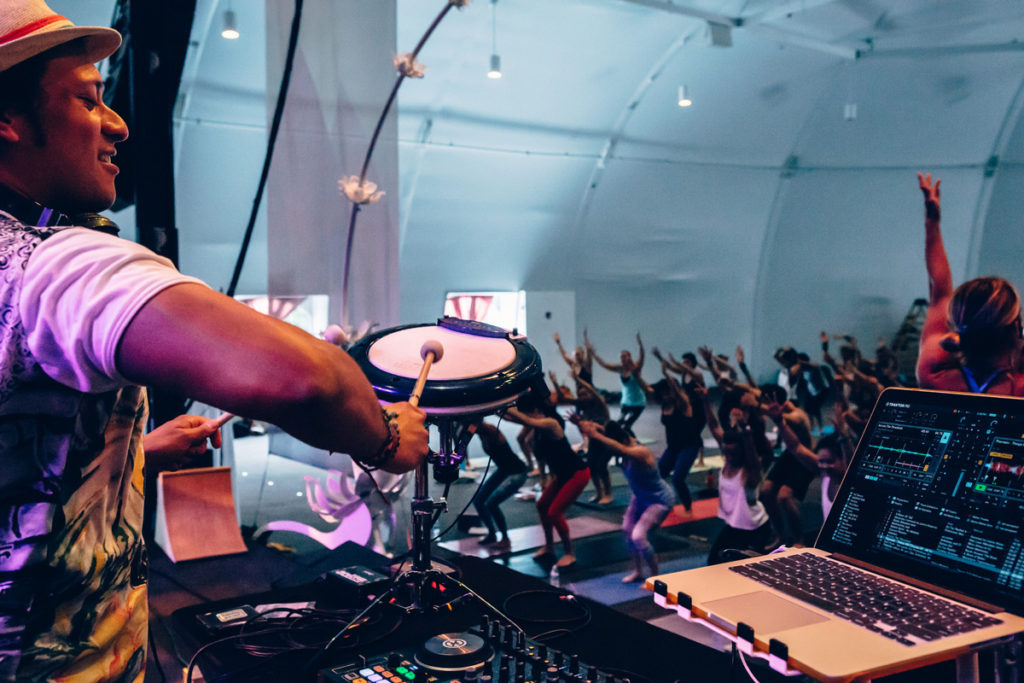 Tazdeen Rashid is a yoga DJ. brings a high vibrational energy to any crowd instantly by mixing a wide range of music beats and rhythms including, Ancient New World, hundreds of electronic Remixes, House, Kirtan, Devotional, and cosmic sounds. His vision is to be a channel to cause the expansion of all those around by tapping into the creative wisdom of the body and allowing them to feel, let go and awaken.

For DJ Taz, his music is his yoga. Taz has been producing and part of creating mindful events globally over the last few years and as a musician, he plays guitar, keyboard, Native American Flute, didgeridoo and hand percussion. He takes these instruments and connects to the Divine and what comes through has the ability to move his crowd to connect to their Divine higher selves.

The aim of the yogi: unifying all seemingly disparate elements into one continuous moment. Just as we celebrate the change in our physical practice as we progress and bend into new asanas and states of meditation, we can also appreciate the changes in our perception.

Still, a persistent yet undefined image of ‘yoga music’ continues to wield its confusing head. I say, breathe and let it go. The fact is friends, while India may have been a starting point for this indescribable subset of music, the result is an amazing new platform in which we can all come together and celebrate.

Sign up here to stay in touch with what's happening in Sedona as we plan for SYF2020!

Thanks for staying in touch!