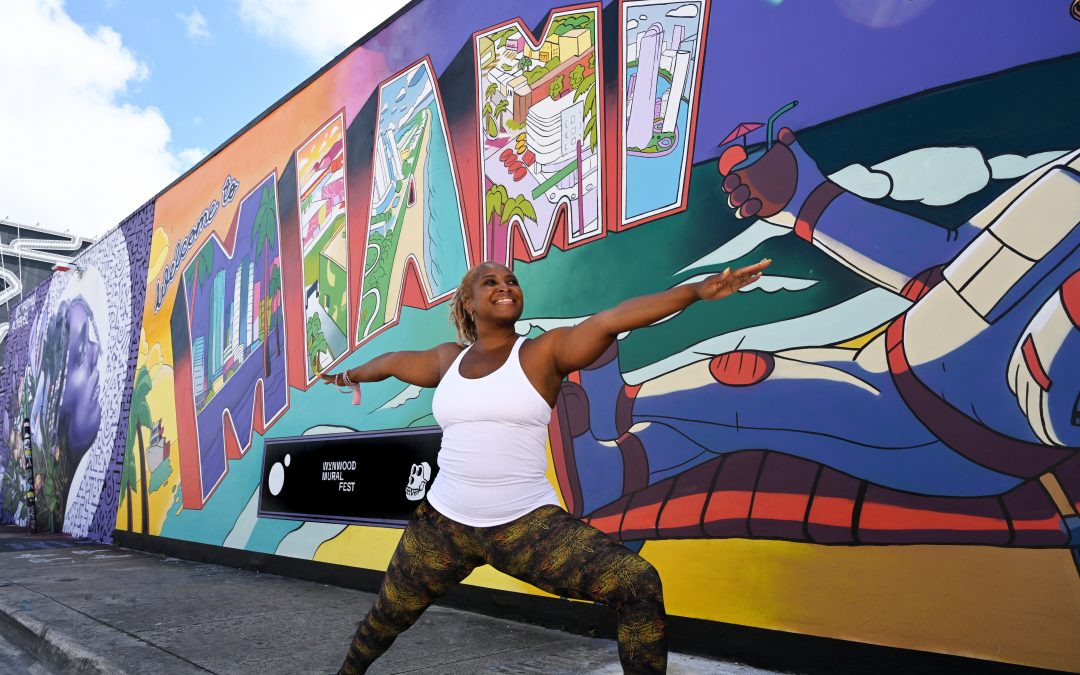 For Shanna Small, yoga instruction isn’t about the physical practice — and can be as much about adapting tradition as needed for all practitioners to find flow. Her journey began with the more traditional Ashtanga lineage, but as she’s changed, so has her practice and her teaching. “I explore the intersection between social justice and yoga,” she says, “and my work these days is mostly in accessibility and the idea of living a yogic life.” Her goal is to offer the breadth of what yoga has to offer, beyond asana. SYF attendees who come to her classes can expect the interweaving of grace into explorations of the Sutras, and how we may dive deeper into our bodies with this integration of the mind.

That’s not to say that Shanna doesn’t teach strong asana classes. One workshop she’ll be offering will be based on asana that were handed down directly to Pattabhi Jois from Krishnamacharya in the way that he was taught, she says. What makes this strong, traditional practice uniquely Shanna’s, however, is the adaptation of this traditional style to be hugely accessible. “I’m going to teach to who shows up,” she says. “I’m going to tailor the class around whoever is present. This will invite people to really feel into their body, and to do the things that work and feel right for them.”

This means giving lots of different modifications, she says, and presenting different ways of looking at the postures. This insistence on adapting very traditional asana so that it may be explored — and enjoyed — by all is what Shanna means when she says that her mission is to integrate the true teachings of social justice and the Sutras into her classes. It’s what makes her teaching style accessible for all.

Adapting Tradition and Why It’s Important

Shanna recognizes that some people may take issue with her approach — that some may not think of Ashtanga as being fluid and adaptable. But she believes that that perception may have more to do with the typically able-bodied and young people who found themselves going to India to practice. When these students brought the teachings back to the West, “it became convenient to do more or less the same thing with everybody,” Shanna says. But there are people who studied directly with Pattabhi Jois, older teachers, “who say that the sequencing was different; that different people were given different things,” she says.

“I honestly feel in my heart that I am teaching according to tradition; that Ashtanga was never meant to be this very regimented dogmatic practice,” she says. “For me, it’s important to me because I believe that everyone should be able to practice yoga, and that when we say that, we need to mean it. And that means that yoga has to fit for where we are in our lives. If we create a very dogmatic rigid practice as people’s bodies and lives start to shift, what I’ve seen is that people start to feel a lot of shame.”

The Grace in Releasing Rigidity

Shanna will also be teaching a workshop around the idea of ishvara pranidhana, the niyama that instructs surrender, letting go, and release. It’s an interesting complement to her Ashtanga offering, which, again, is centered around the grace of letting go of the expectations that typically encapsulate that practice. “Grace is when we get into the flow of the universe,” says Shanna, “though I don’t mean that in a woo-woo way. Grace is really this idea that if we find a way to get in tune with nature and the universe, we’ll start to flow and find some ease in our day-to-day life.”

She says that, ultimately, that’s the purpose of studying the Sutras — to practice discriminative discernment of the eight limbs of yoga. When we are in line with the world around us, we are in line with grace. “Certain trees lose their leaves, others flower at certain times of the year, and others go dormant,” she says. “The universe knows its time and its purpose — it is always waxing and waning. It’s the same thing with our practice and making our practice accessible,” she says — it’s about creating a practice that allows the natural ebb and flow of your life to take you to mat exactly as you are.

Learn from Shanna in person at SYF this June! Tickets on sale now: bit.ly/SYF22Tix