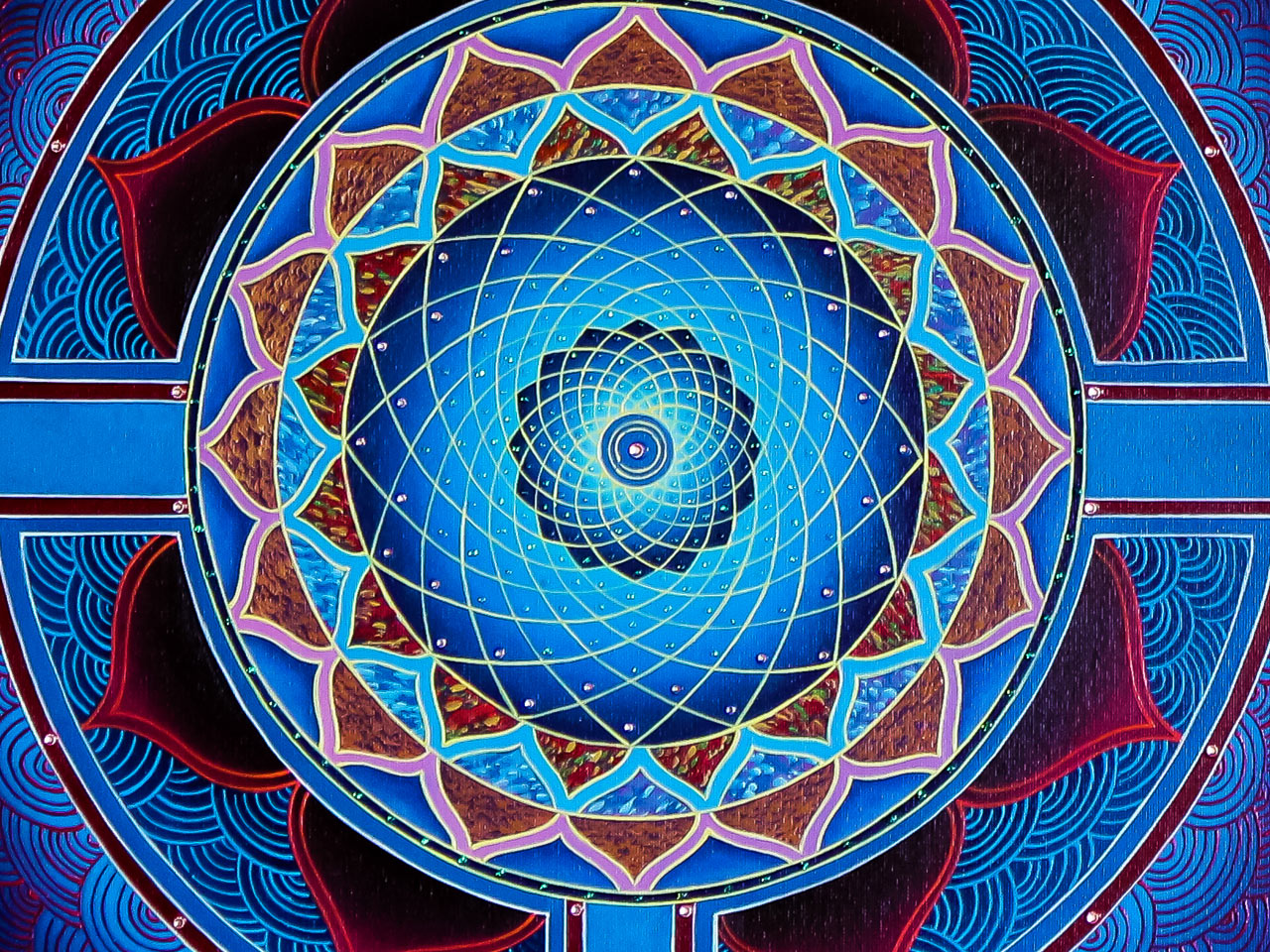 Artwork By: Paul Heussenstamm – Paul will have an exhibit and be teaching a mandala workshop at SYF2020!

Actually, everything you do has the power to change your brain! Scientists (and yogis) have known this for years, but it wasn’t until Dr. Norman Vincent Peale’s tome, The Power of Positive Thinking, hit bookshelves in 1952 that the Western public started pondering the mind-body connection. Just as our muscles can be trained to stretch to a certain point or lift a certain amount of weight, our brains can be trained to follow healthier pathways.

When you practice yoga, you’re combining three critical components: calming thoughts, intentional breath and physical challenge. Without the first two, your body will react with a standard stress response: a sudden flood of cortisol (your body’s fight-or-flight hormone), shortness of breath, mental anxiety and all kinds of other fun stuff. But when you combine all three, you’re training your brain to help your body stay calm in times of stress. It’s a neat trick—and over time, it can help you stay chill as heck in all kinds of stressful situations.

Given the quick overview above, it probably won’t surprise you that retraining your brain to be a reliable feel-good machine will make you…well, feel pretty good. Studies have shown that yoga can help reduce anxiety and depression—and in some cases, regular practice was just as effective a treatment for these conditions as cognitive behavioral therapy.

Some researchers believe this is due to yoga’s ability to dramatically increase production of GABA, a brain chemical with a cellular signature very similar to that of classic anti-anxiety medications like Xanax and Valium. The feeling of a little GABA boost is exactly what alcohol mimics, too—an instant dip in anxiety, accompanied by warm relaxation. Now for the really good news: in one study, subjects enjoyed a 27% GABA increase after just one hour of yoga.

You don’t have to be a neuroscientist to make a connection between improved stress response, reduced anxiety and more feel-good chemicals with greater well being. Because like yoga, happiness is a practice—and the more you do it, the easier it becomes. Case in point: in one well-known meditation study from the 1990s, researchers tracked the brain waves of both novice meditators and practiced Buddhist monks during an extended meditation on generalized compassion.

While both groups, even the novices, showed a marked increase in gamma signals—the brain waves associated with perception, connection and higher consciousness—in the monks’ brains, gamma signals kept firing even when subjects weren’t meditating. The monks’ minds also showed a steady stream of activity in the parts of the brain that connect us to empathy and unconditional love. So yeah…I’ll have what they’re having, please.

Now, if you already have a regular yoga practice, we’re just helping you collect scientific backing for things you already know in your heart. But we’d like you to take a moment to imagine the power of practicing in a group of like-minded seekers, in one of the most spiritually charged landscapes in the world. There’s a collective shift that happens when we come together in service of evolution. That’s not something that happens every day, friends—but it IS something that happens every year, and you should be with us in 2020.

What? You say you don’t have a regular practice, but now you’re feeling like you should? TRUST THAT FEELING. Those are your imaginal cells talking—and they’re waiting to take you anywhere you want to go. 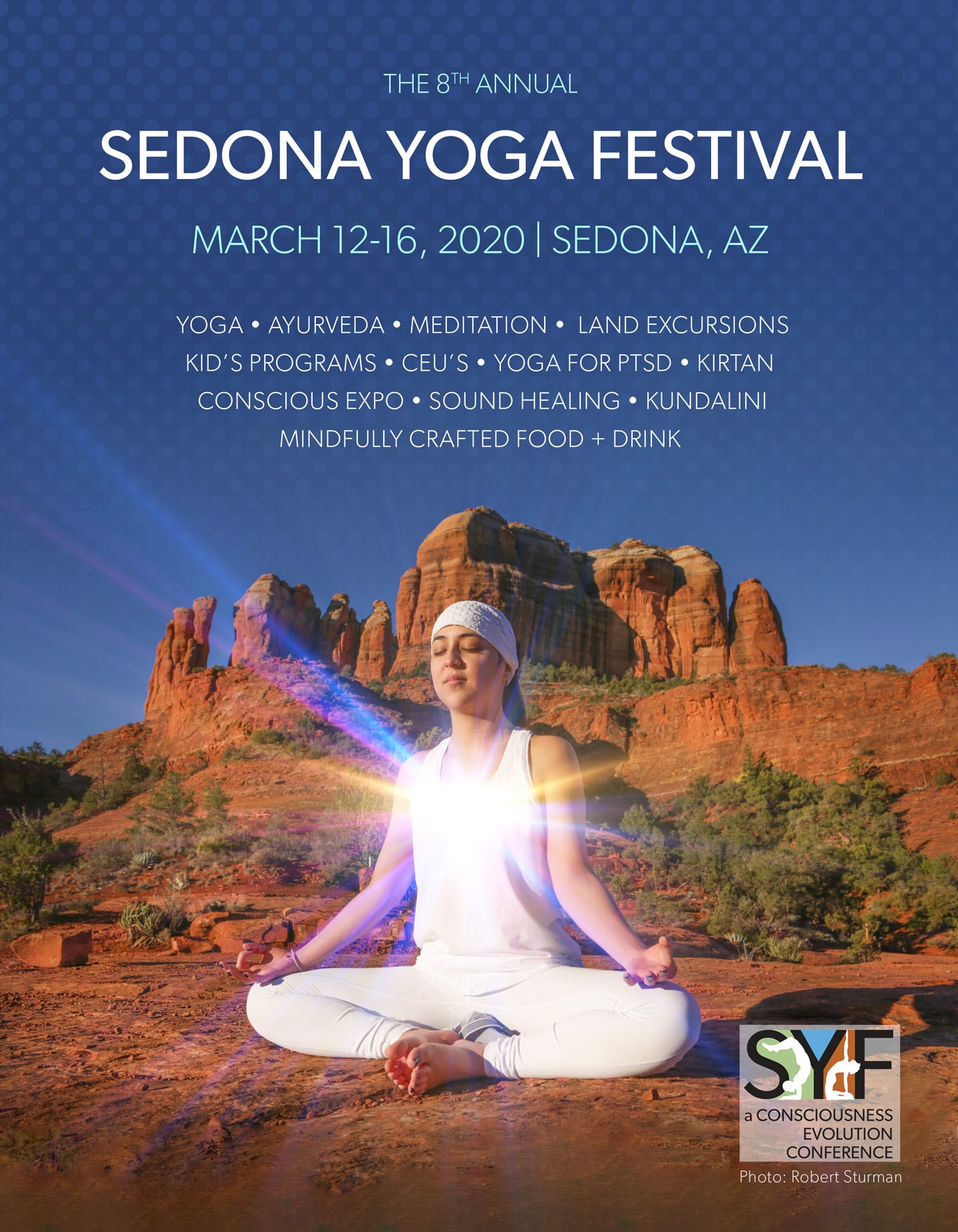