Vedic Astrology for The Weekend of SYF2019

On the weekend of March 14 Mercury and the sun will cross at the junction point between Aquarius and Pisces. This is where we see our social self releasing into our cosmic self. For many of us that means our sense of wanting to make the world a better place and “be the change” we want to see in the world – elevating to an even higher vibration, that divine being that is not even of this world at all.

To be honest, most of us do not really conceive of our metaphysical being at all. The culmination of our life usually revolves around some utopian vision of the world that we have helped to create that makes us feel good and that aligns us with others and everything externally in some way. But that is not the metaphysical self of Pisces. That being is a transcendent, universal entity, a being of energy and light without form. It is our soul nature.

According to Vedic/Indian philosophy, that energetic, non-localized being, incarnates in order to experience the things need for greater self-awareness and the greater clarity of that souls energy and its facticity. Stated more simply, we have incarnated because we do not embody our divine nature yet. Life on earth and our descent into form is so we can encounter those limitations and evolves them toward that higher, metaphysical self.

We can see this evolution of that higher, worldly self into that cosmic metaphysical self in this transition between Aquarius and Pisces.

Also, we will see the moon moving from Gemini into cancer over the weekend of March 14. Gemini is where we gather more information, become playful and curious, like a child exploring its environment. But eventually all of that exploration and curiosity must be anchored in the heart, and integrated into our soul matrix (cancer), otherwise it is just data, disconnected from the heart.

This is the other big transition of the weekend of March 14.

Those who attend the Sedona yoga Festival will surely be under the influence of such celestial vibrations.

I’m thrilled and happy to be presenting a workshop on “yoga and Vedic astrology and 2019 predictions” at the festival. 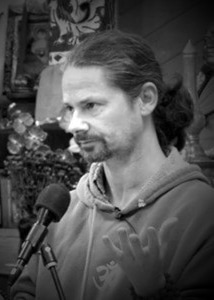